Electrostatic discharge (ESD) occurs when any charged body attempts to become electrically neutral. During ESD, the static charges stored in one body rapidly get transferred to another at different electrical potentials through direct physical contact, induction, or arcing. 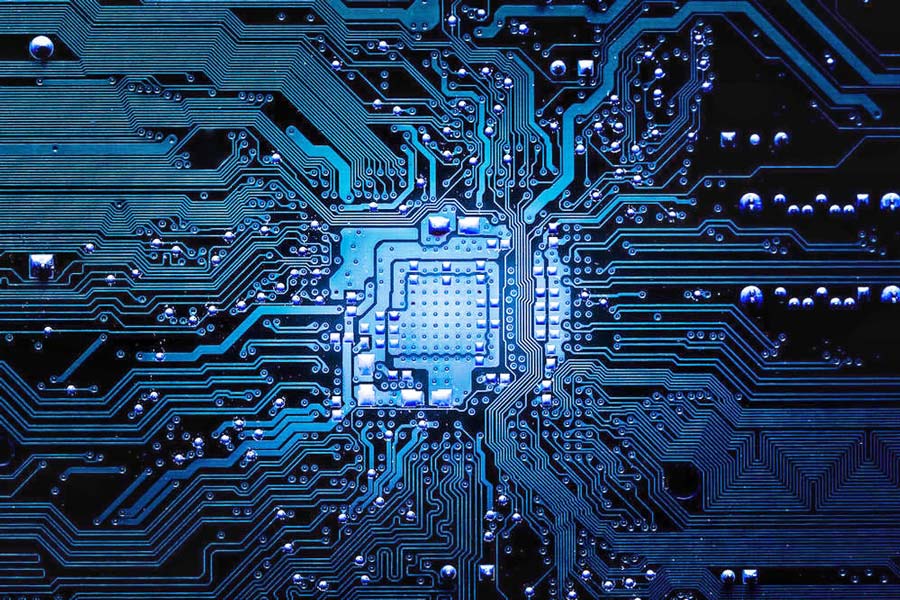 What is electrostatic discharge?

Electrostatic discharge is the unintentional flow of charges between objects that come into contact. It is spontaneous and can also be caused by non-contact through arcing and coupling. ESD is characterized by voltage, which indicates the potential difference between the objects where the charge is getting transferred. The voltage can be from a few volts to kilovolts. Humans experience an ESD event when the discharge voltage is around 3000 V or higher. However, ESD of a low value, say 100 V or less, is sufficient to induce consequences in the electronics industry.

The Consequences of Electrostatic Discharge

In the electronics industry, ESD is a costly event. Unintentional occurrences of ESD in manufacturing processes can diminish quality and reliability, or even cause total failures.

In certain cases, ESD problems go unnoticed, and a product suffering from ESD issues can go out on the market. ESD-affected components in circuit boards or electronic products start showing problems as time passes and can eventually experience circuit dysfunction. These types of ESD issues are especially concerning in critical applications in the medical and military industries.

Next, let’s take a look at a few of the types of failures that harm ESD-sensitive components.

ESD-sensitive components are susceptible to the following damages or failures when subjected to ESD: 1. Parametric failures-When ESD is capable of altering one or more parameters of a component, such an effect is called parametric failure. This type of ESD damage does not make the component non-functional, but it causes a shift in the values that are given in the datasheet. 2. Catastrophic damages-This type of ESD event completely damages the electronic component. Catastrophic damages might occur after multiple ESD events. The presence of electrostatic fields is one of the main causes of catastrophic ESD damage. 3. Latent damages-In the case of latent damage, ESD events go unnoticed and the device continues to operate correctly with moderate damage. Latent damage reduces the load life of the electronic component, and exerting operating stress on ESD-affected components can eventually cause degradation and device failure. This type of ESD damage is undetected in re-measurement and visual inspection.

The levels of ESD sensitivity, and subsequent damage, differ with component. ESD damages are dependent on the ESD component voltage withstanding capabilities and heat dissipation capabilities.

Next, let’s take a look a look at some common ESD-sensitive components.

MOSFETs-MOSFETs are vulnerable to ESD. Their ESD sensitivity appears as insulation breakdown, thermal overstress, metallization failure, or the migration of materials in MOSFETs. ESD is capable of developing failure modes in PN junctions, both at forward and reverse biased conditions.

Integrated Circuits-ESD induces failures in ICs such as contact damages, burnouts, interface damages, or ruptures. ESD current flow in ICs forms holes in chips. ESD can increase the heat generation in ICs above the temperature limit and cause thermal damage to all components and systems in the vicinity.

LEDs-LEDs are extremely ESD sensitive, with effects ranging from reduced life expectancy to catastrophic damage. Most LEDs are equipped with ESD suppressors to protect the LED chip from ESD. In the case of small LEDs without in-build ESD suppressors, external ESD suppressors are positioned in close proximity as an ESD prevention method.

It is important to implement appropriate ESD mitigation methods for ESD-sensitive components to improve the reliability and precision of critical electronics circuits. Properly following ESD precautions and handling procedures, along with mitigation methods, can mitigate the risks of ESD in electronic circuits.

< Previous one Back Next one >