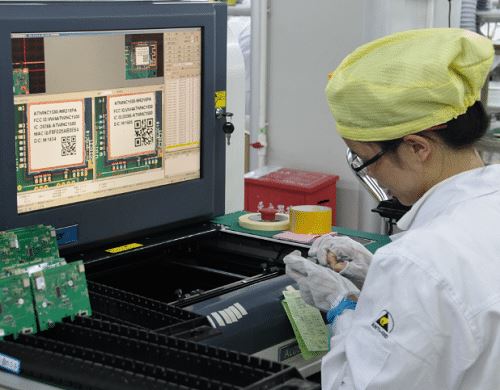 （1）According to the layout principle of "first big then small, first difficult then easy", that is, the important unit circuit and core components should be layout preferentially.

（2）The layout shall refer to the principle block diagram and arrange the main components from left to right or from top to bottom according to the main signal flow rule of the single board.

（4）For same structure circuits, "symmetrical" standard layout should be adopted as far as possible.

(7)The array of components should be convenient for debugging and maintenance, that is, large components cannot be placed around small components, and there should be enough space around the components to be debugged.

< Previous one Back Next one >